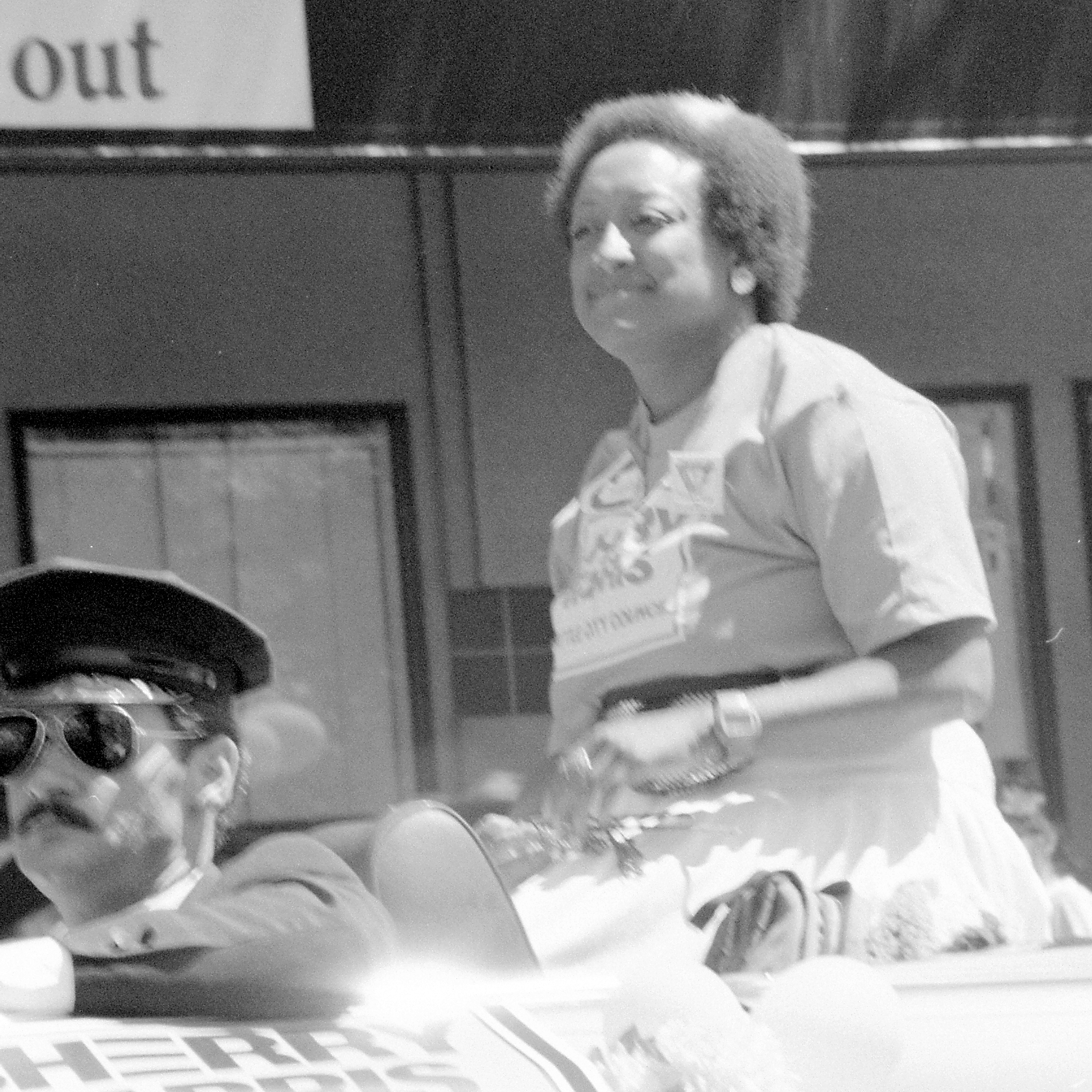 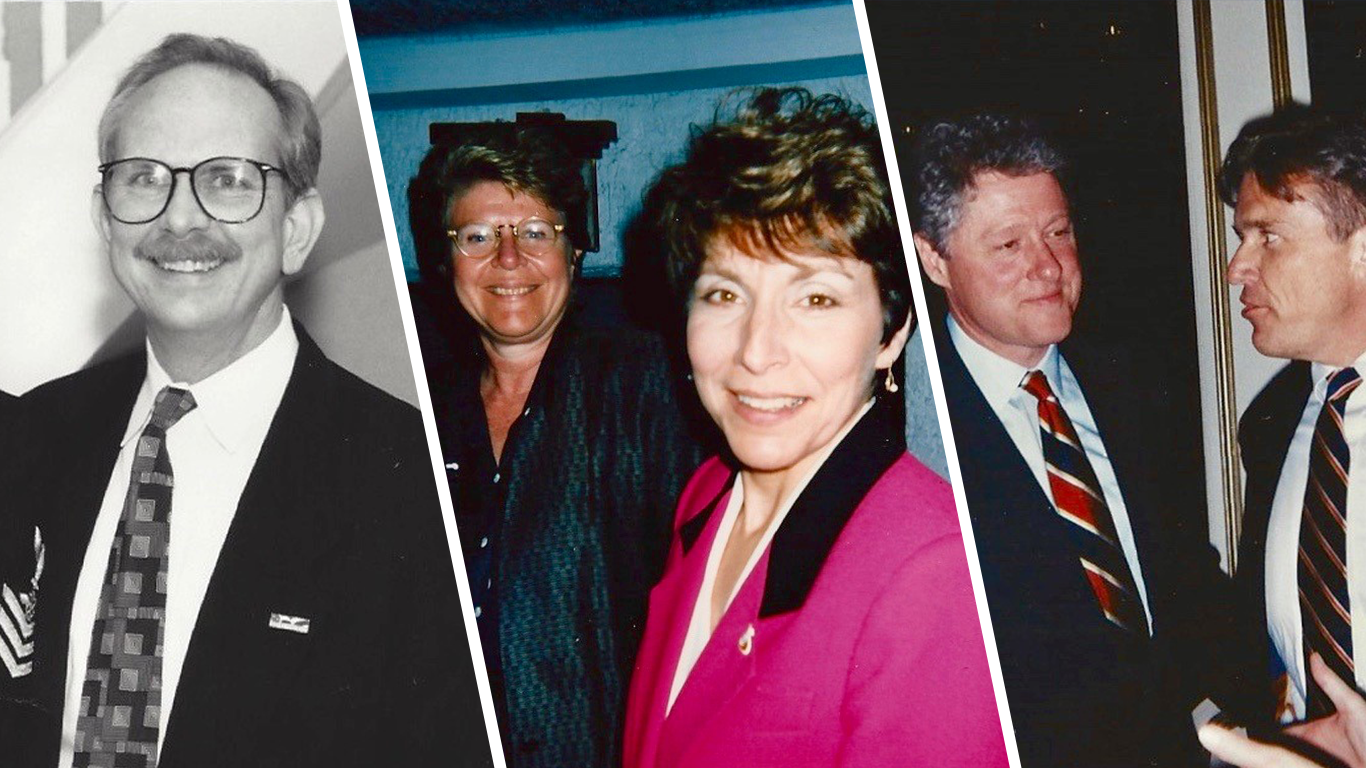 In 1990, Diane Abbitt had enough. All around her in Southern California, men were dying of AIDS while politicians kept silent.

She got up at a fundraiser at Dr. Scott Hitt’s house in the Hollywood Hills and angrily declared that she would no longer give a check to any candidate who did not say the words “gay and lesbian.” Abbitt—the respected first female co-chair of MECLA—was referring to former San Francisco Mayor Dianne Feinstein, who tried to kill an AIDS-related drug bill and was running for California governor against San Diego Republican Senator Pete Wilson. Her words had a ripple effect with some checkbook activists voting for Wilson, who had promised Log Cabin Republican Club founder Frank Ricchiazzi that he would sign the perennial gay civil rights bill. Wilson won by just over 3 percent of the vote. In 1991, Wilson vetoed that bill, AB 101, prompting massive protests for two weeks. Feinstein won Wilson’s old Senate seat in 1992 and later became a staunch advocate for marriage equality.

But LGBTQ political power was strengthening.

“It soon became apparent to me that the concept was ‘portable,’” Basile recalls, “that is, it could work for just about any well-defined constituency.”

Inspired by the success of EMILY’s List and Texas Governor Ann Richard’s successful campaign, Vic Basile and William Waybourn dreamed of creating a PAC that would prioritize gay and lesbian political candidates and grow LGBTQ political power at a time when some politicians still returned checks from gay organizations.

Referring to bundling – the practice of encouraging an organization’s donors to also give directly to a candidate as a means of multiplying the impact of an endorsement – when Vic Basile raised this “alternative way” to support gay candidates, Rosen says, the founders realized Victory Fund needed to be a separate organization, not a division of HRCF, which had been discussed. That enabled gay politicos to “do more work and investment at the more local electoral level, which we knew would be necessary to grow the next level of federal officials.” These state and local officials would be a pipeline for future leadership roles and also allow local communities connected to local officials to feel empowered.

In May 1991, about a dozen prominent LGBTQ leaders gathered in a Marriott hotel conference room in Virginia and discussed organizational plans on how to elect openly LGBTQ candidates. It would not be an easy task: their friend Harvey Milk had been assassinated; Elaine Noble needed the protection of state troopers during her campaign; others among the more than forty openly LGBTQ elected and appointed officials in America had also endured frightening ordeals. With EMILY’s List as a model, the group launched the Gay & Lesbian Victory Fund with Mixner and Lynn Greer as board co-chairs, Waybourn as executive director, and Basile, who had already done a lot of legwork with an organizational plan and budget, as advisor and fundraiser.

The rest is history. 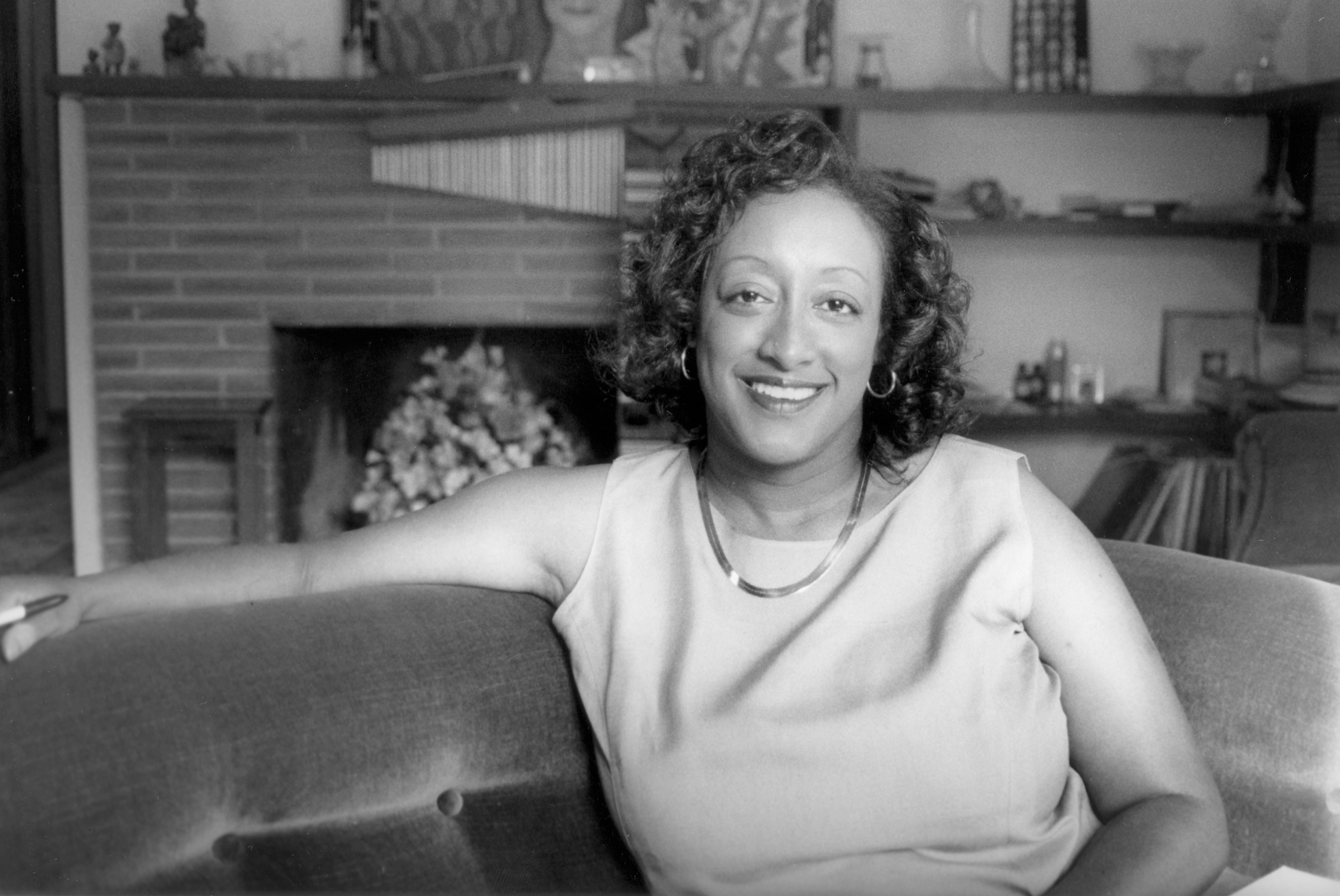 The newly founded Gay & Lesbian Victory Fund chose Sherry Harris, an African-American lesbian with an MBA, as their first candidate. She was running for city council in Seattle, Washington.

“Our first fundraiser was in Dallas, and I wondered what would happen when I asked all my friends to contribute to a new organization supporting a Black lesbian running for office in Washington State,” says William Waybourn. “So I recruited Massachusetts Congressman Barney Frank and former Naval Midshipman Joe Steffan to come and help draw a crowd. We raised a lot of money for the nascent organization, as well as for Sherry. The early victories of both Sherry’s race and Gail Shibley’s race in Oregon the next year underscored for me that we were on to something, and the Victory Fund would occupy an important place in our movement.”

After state Representative Phil Keisling become Oregon’s secretary of state, the Oregon state House had an open seat to fill. Gail Shibley, a lesbian activist, stepped up to take on the role. In doing so, she became the first out LGBTQ lawmaker in the state. Already familiar with the legislature’s inner workings thanks to her previous lobbying efforts to pass a statewide nondiscrimination bill, Shibley dove headfirst into the role, racking up a series of legislative wins, enacting more laws in her first term than any other freshman legislator.

After a successful first year, Shibley faced a contentious primary fight, which she later won, and a battle royal in the general election. Despite her opponents deploying homophobic smear tactics and an anti-LGBTQ ballot initiative, Shibley’s constituents were confident didn’t take the bait. Victory Fund supported her 1992 election with nearly $25,000 in bundled contributions.

“Shibley later told me how she would sit at her kitchen table at night after a long day of campaigning and open a newly arrived Victory Fund packet of checks. She would hold each check and wonder about the person who wrote it—why people she didn’t know and people from other parts of the country who couldn’t vote for her would send money to help elect her to public office in Oregon. It gave her an incredible feeling of support. Those early victories underscored that we were on to something: the Victory Fund would occupy an important place in our movement.”

Meanwhile in 1991, bisexual Portland lawyer Kate Brown was also appointed to fill a House vacancy and was subsequently re-elected before moving on to the state senate and, eventually, the governor’s mansion.

Shibley was re-elected with more votes than any other representative in the House, and made history as the first out person elected to the Oregon legislature. 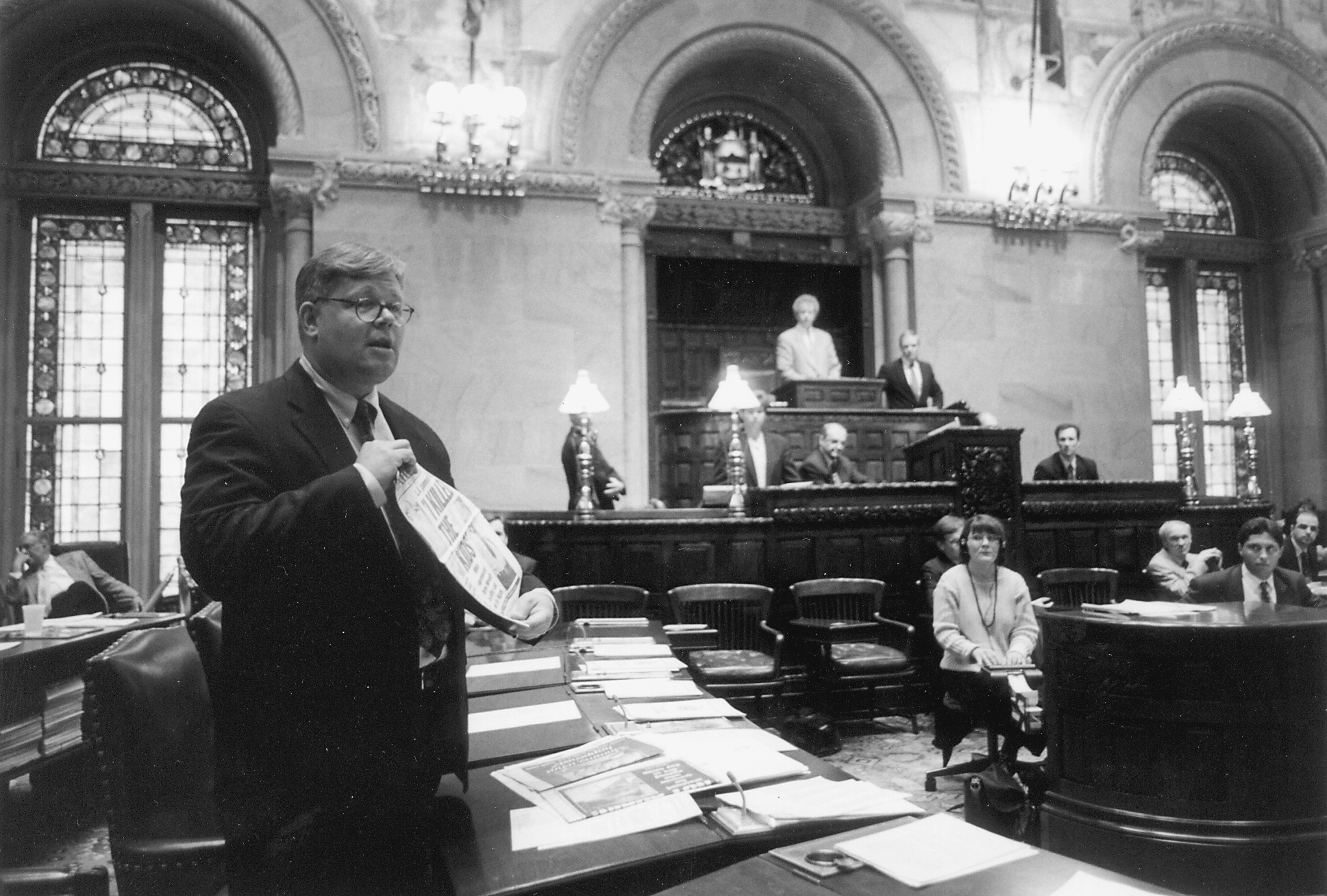 Duane on the floor of the New York Senate.

Duane’s long legislative career includes saving the city’s Division of AIDS Services from cuts proposed by Mayor Rudy Giuliani, passing nondiscrimination and hate crimes laws, and in June 2011, leading the Senate in the passage of the Marriage Equality Act in conjunction with out Assembly member Daniel O’Donnell.

At a time of unimaginable stigma around HIV, Tom Duane was positive and proud. He was an accompished lawmaker in New York, serving as the first out LGBTQ state senator and ushering through multiple bills expanding LGBTQ rights. pic.twitter.com/g8RvOc6N57

But for many LGBTQ politicos and people with HIV/AIDS, it was Duane’s powerful twenty-two-minute harangue on the Senate floor at 3:00 a.m. on July 17, 2009, that exemplifies why personal stories matter. With two bills already killed, Duane expected the same fate for his bill requiring a 30 percent rent cap for an estimated 2,200 HIV-positive people living on $11 a day in subsidized housing.

“I’m here to save lives. I’m here to fight for what I believe in,” Duane spat out in anger. “I’m here to stand up for myself and to stand up for other people that don’t have people standing up for themselves here in this chamber. You think it’s funny! We’ll kill Duane’s bill. No, you’re not killing my bill. You’re killing people!” he yelled into a silenced chamber. Duane received a thirty-second standing ovation, and his bill passed 51–1.