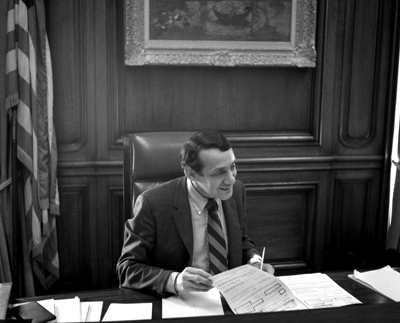 The Lavender Menace was the pejorative name given to lesbians by feminist Betty Friedan. Friedan argued that increasingly politicized lesbians were a threat to the feminist movement and could hurt the national movement for social equity for women. Friedan was a member of the National Organization for Women (NOW) and their stance was most women felt as if lesbian issues were irrelevant to them and that if they were to partner with lesbians, it would be harder to push policy makers in the right direction.

The term was reclaimed by lesbians within the women’s movement in 1970 who demanded inclusion and recognition. Some staff members from NOW resigned from their jobs to join the group. That same year members of the Lavender Menace disrupted the Second Congress to Unite Women, a conference sponsored by NOW by cutting the lights and changing into shirts with the name “lavender menace” on them

Lesbian rights were included in NOW’s six key issues in 1971 and in 1977, Betty Friedan apologized for her pervious remarks and actively supported a resolution against sexual preference discrimination. 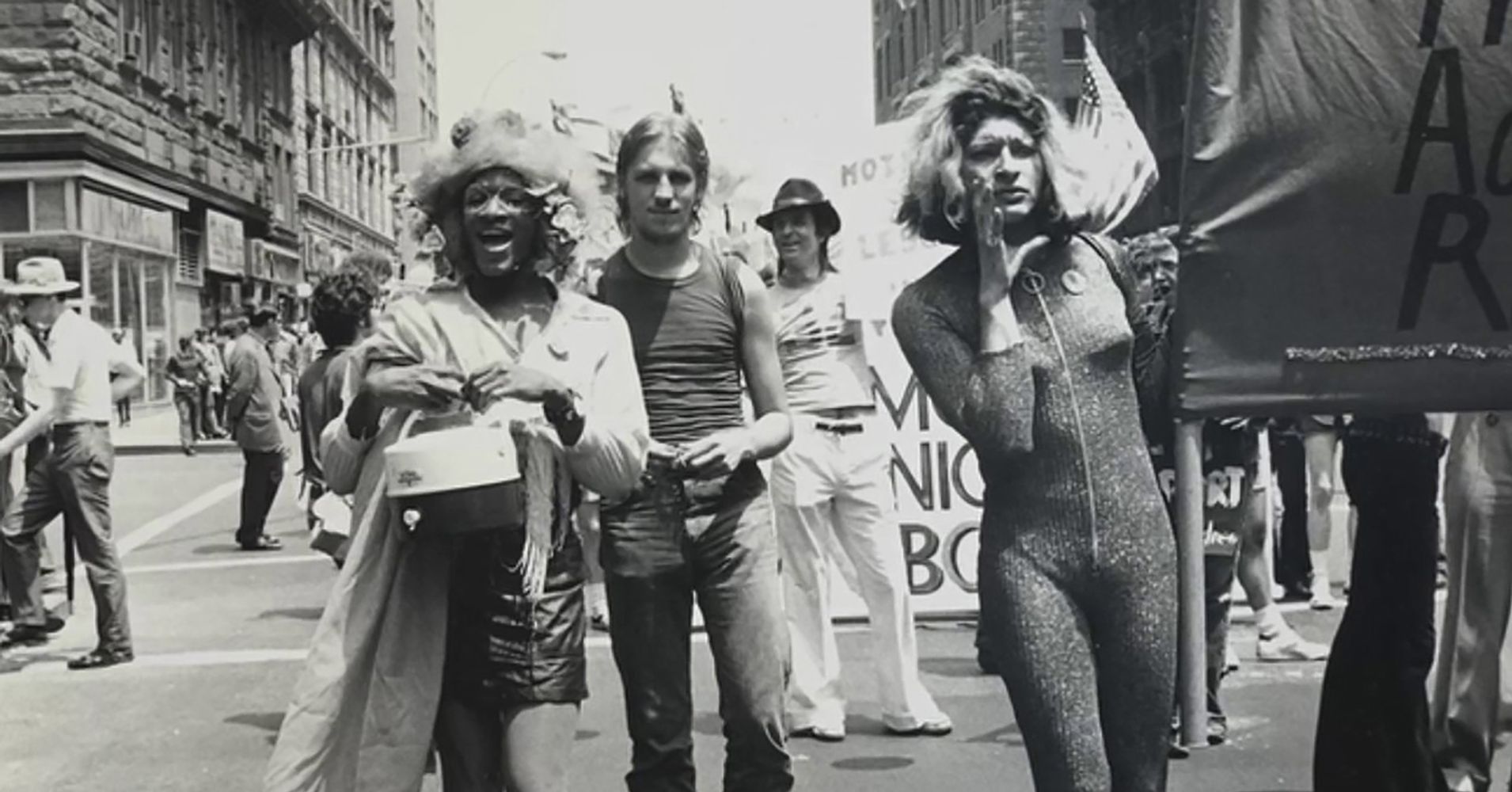 Marsha P. Johnson, part of the “vanguard” during the Stonewall riots, was a prominent figure of the gay liberation movement. She and Sylvia Rivera created the Street Transvestite Action Revolutionaries (STAR) house in 1970 to advocate for and provide housing, food, and clothing to LGBTQ homeless youth.

The two were prompted to address these issues following the Weinstein Hall sit-ins which were sparked by New York University’s decision to cancel a series of dances which coincided with the first pride parade in 1970. Over the course of five days, protesters planned and networked when Rivera first got the idea for the STAR House.

Both activists faced the challenges of homelessness and through a fundraising event they were able to purchase the STAR house in 1970, a 4-bedroom apartment in the East Village. The organization is recognized as the first shelter for LGBTQ homeless youth in North America and one of the first organizations led by transgender people of color. 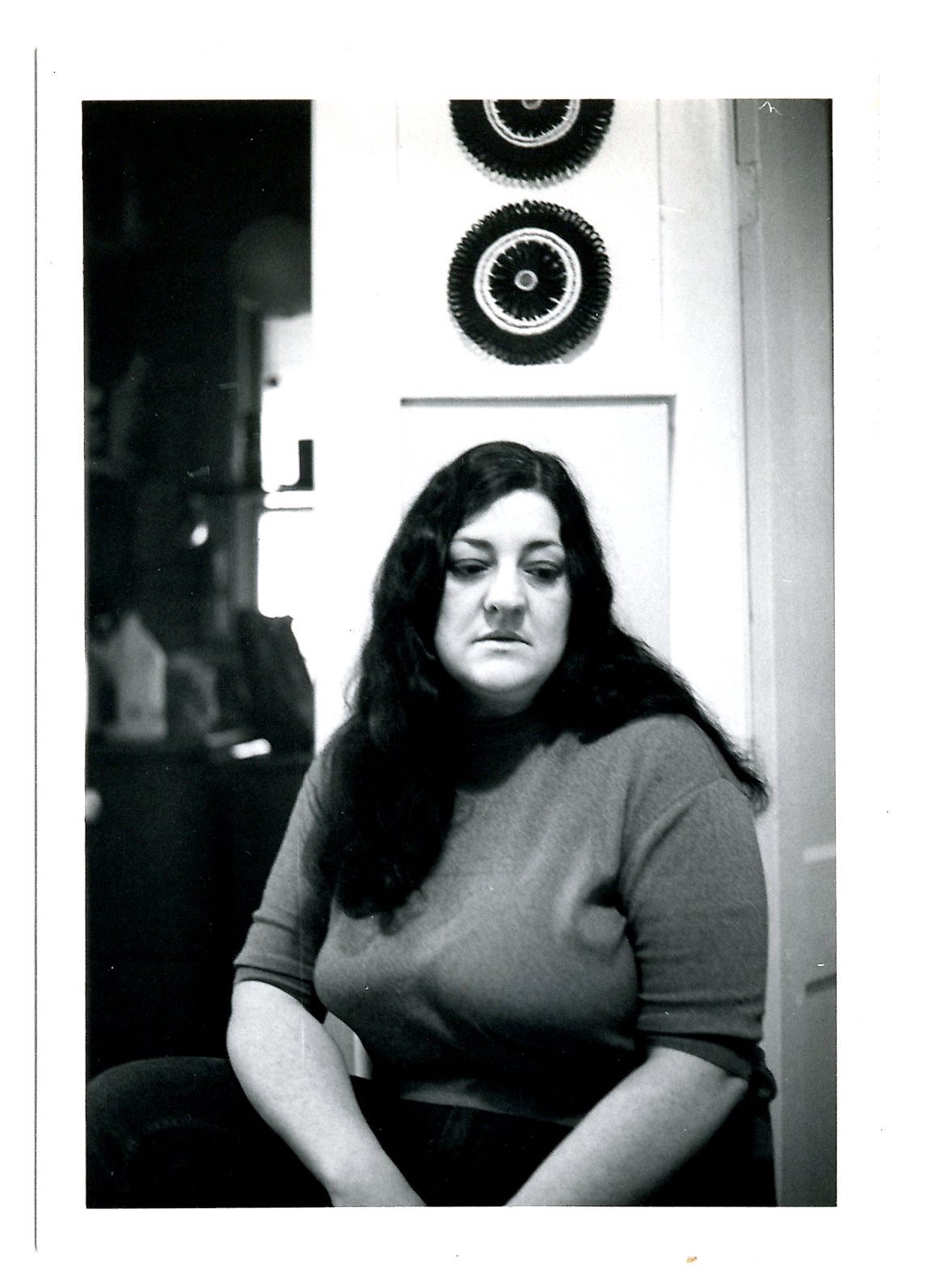 In 1972, Madeline Davis was the first out lesbian delegate elected to the Democratic National Convention. During the Convention, she called for the inclusion of gay rights in the party’s platform for the year. Following her speech, she became a member of the Democratic Committee and worked within the party for the acceptance of gays and lesbians.

She also taught the first course on lesbianism in the U.S. at the University of Buffalo in New York. Twenty students signed up for “Lesbianism 101” which was taught again under the name “Women + Women.” 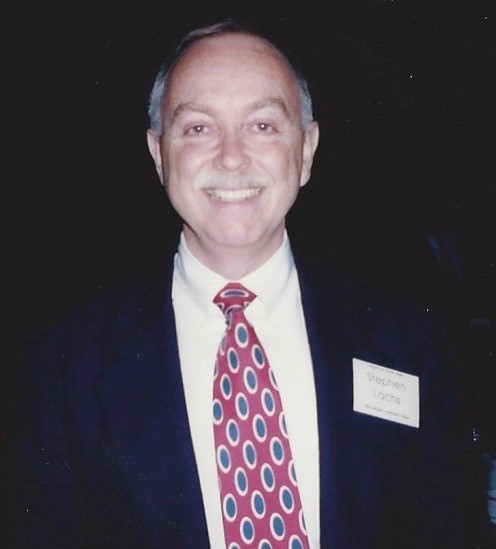 A lawyer, activist and co-founder of the nation’s first gay political action committee, Stephen Lachs was appointed by California Governor Jerry Brown for an open position on the Los Angeles County Superior Court in 1979. He made history as the first out LGBTQ judge in the world as well as the first out LGBTQ appointment by Gov. Brown.

In the eyes of those who sent him death threats, a criminal was adjudicating the law. Nonetheless, Lachs was elected in 1980 and thrice more times before retiring in 1999 as a well-respected judge and expert in family law.

“I believe that my being a judge changed many perceptions within the California judiciary. Judges all over the state had to deal with a colleague who was openly gay, which is quite different than reading about us in a magazine,” Lachs wrote in an essay for the “Out and Elected in the USA: 1974–2004” project for OutHistory.org. “I cannot write about my career without remembering the many men and women, much more courageous than I, unselfish, idealistic and willing to risk everything for their cause, who laid the groundwork for my appointment and my subsequent four elections. They have been my support and my comfort for many years and they have changed the history of our country.” 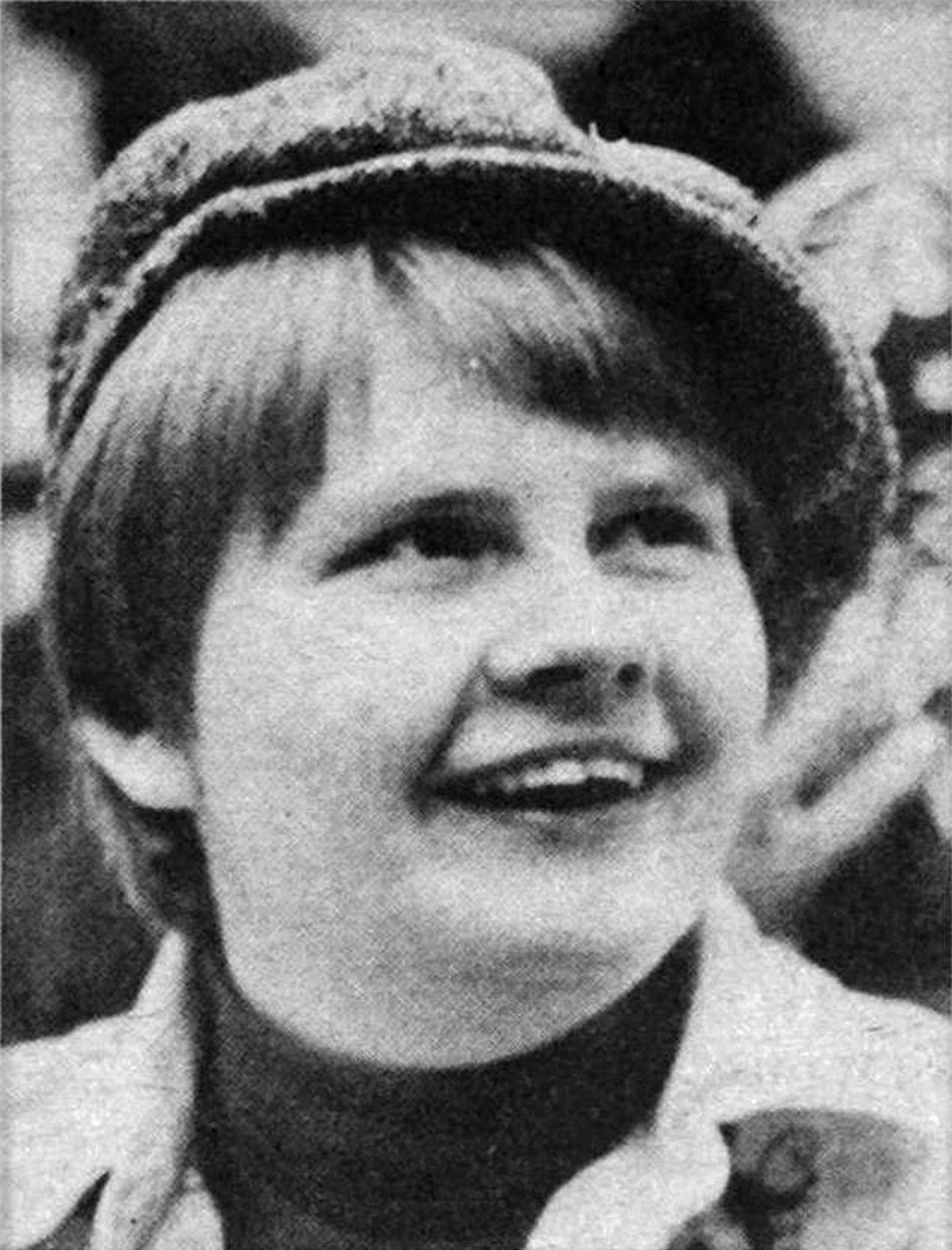 Kathy Kozachenko entered college at the University of Michigan as a social justice advocate and joined the Human Rights Party – a pro-feminist, pro-racial justice and pro-LGBTQ party. Party officials encouraged her to run for Ann Arbor City Council and to do so as an out lesbian. Both Gerry DeGrieck and Nancy Wechsler had been elected to the council as Human Rights Party members before her, and both came out while in office, becoming the first elected officials to do so. But Kozachenko decided to take the party officials’ advice and run her campaign while out – although she did not make her sexual orientation central to her campaign.

On April 2, 1974, in a liberal district in liberal Ann Arbor, Kozachenko defeated her opponent by 52 points and became the first out LGBTQ person ever elected in the United States.

She spoke to her sexual orientation in her victory speech:

“This is the first time in the history of the U.S. that someone has run openly as a gay person and been elected to public office. Gay liberation was not a major issue in the campaign — both candidates in this ward said they supported gay rights, but 10 years ago, or even three years ago, lesbianism would have meant automatic defeat. This year we talked about rent control. We talked about the city’s budget. We talked about police priorities, and we had a record of action to run on. Many people’s attitudes about gayness are still far from healthy, but my campaign forced some people at least to re-examine their prejudices and stereotypes.”

Her campaign was the first success in what would become a political movement to build LGBTQ power. On April 2, 2019, with Kozachenko’s blessing, LGBTQ Victory Institute launched its annual National Out to Win Day, to honor her achievement and to encourage more LGBTQ people to run for office.

First Out State Legislator Elected in the U.S. 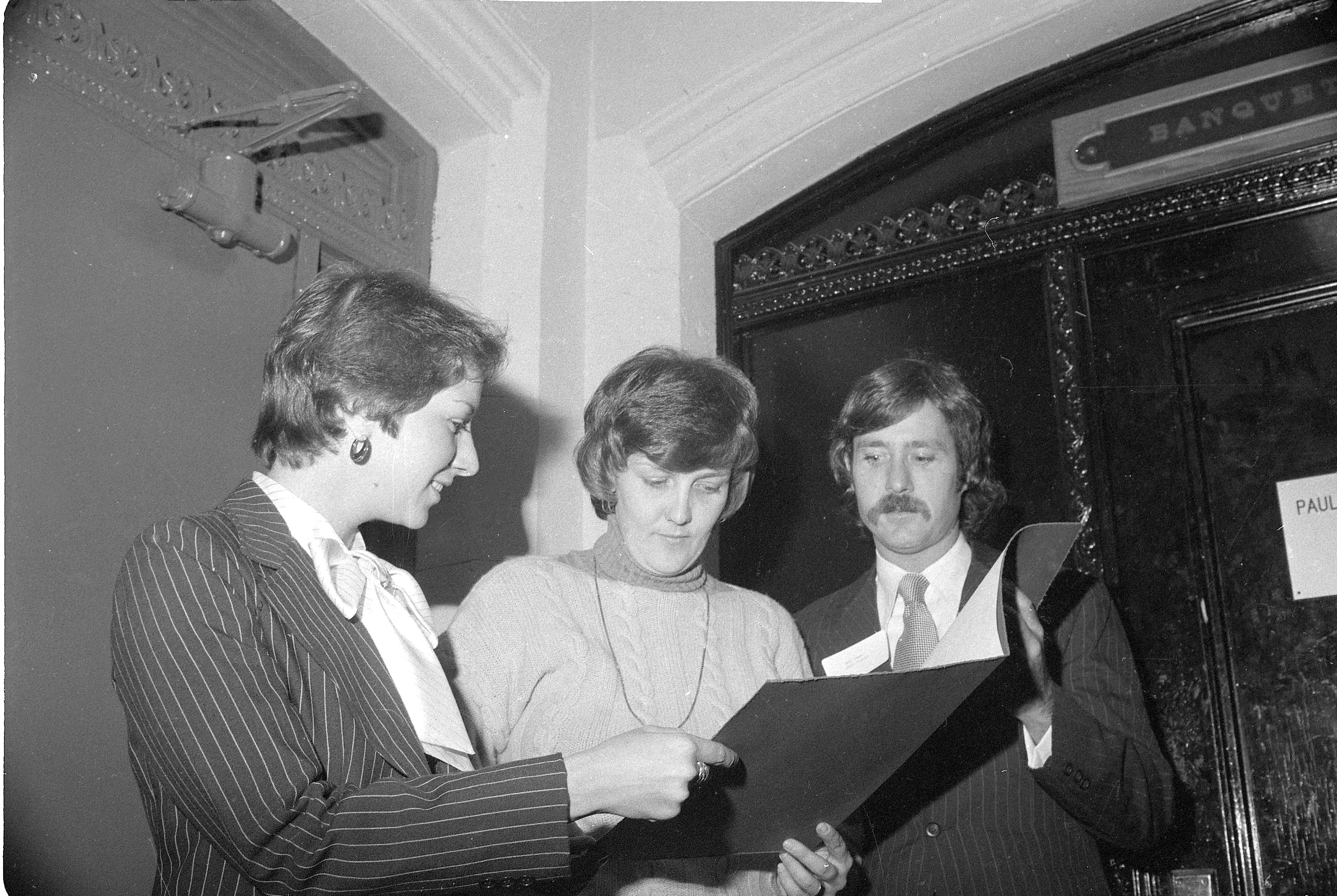 Educator Elaine Noble was encouraged to run for the Massachusetts House of Representatives in 1974 by former Congress member Barney Frank’s sister, Ann Wexler. The two women had formed the Women’s Political Caucus, and Wexler thought Noble would represent her Irish Catholic Boston district well, even though she was LGBTQ.

It was the height of desegregation, so Noble rode buses with children of color and had campaign workers monitor school bus stops to demonstrate her deep belief in equality. A gay newspaper reporter told her, “You should stick to your own kind, or we’re going to get someone else to represent us.” Noble responded, “Well, I believe, David, I am sticking with my own kind,” according to an interview Noble gave Ron Schlittler for his “Out and Elected in the USA: 1974–2004” project for OutHistory.org. “You can’t say that you want progress or change for one group and not for another. It doesn’t happen that way.”

Noble experienced such harassment—from bomb threats to being spat upon by an eighty-five-year-old man—that at one point she campaigned protected by state troopers. “It was a very ugly campaign. Ugly,” she told Schlittler. “There was a lot of shooting through my windows, destroying my car, breaking windows at my campaign headquarters, serious harassment of people visiting my house and campaign office—it was really bad.”

Nonetheless, Noble prevailed, winning with 59 percent of the vote. The harassment, however, continued as she found human feces on her desk and fended off obscene profanities. “I just tried to maintain with what level of dignity that I could,” she said.

Eventually, most of the ugliness died down, and Noble won a second term with almost 90 percent of the vote. Noble’s dignified perseverance inspired many closeted and potential public officials to come out during a difficult time, a legacy even more lasting than her two terms in office. 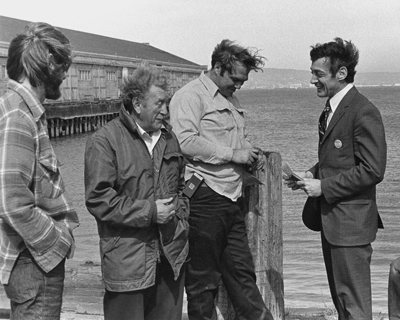 Harvey Milk on the campaign trail in 1976

Harvey Milk is internationally renowned as an LGBTQ hero, having used his position as the first out LGBTQ elected official in California to loudly fight back against the tornado of anti-LGBTQ discrimination furiously whipping the country into a frenzy with the rise of the Moral Majority and Anita Bryant’s crusade to “save our children” in 1977. Effectively using his bullhorn on the San Francisco Board of Supervisors, Milk helped lead the nail-biting successful campaign to stop the Briggs Initiative, which would have permitted the firing of gay teachers and their allies in 1978.

As the Oscar-winning fictionalized film biography Milk indicated, he did not have an easy road to electoral victory. But glossed over in Milk histories is that after his second failed campaign, his close friend and ally Mayor George Moscone appointed him to the Board of Permit Appeals, making him the first openly gay city commissioner in America. After his third failed campaign, Milk, his campaign manager Anne Kronenberg, and Moscone engineered a rules change enabling candidates to run from their districts instead of seeking an “at-large” seat. By 1977, as gay San Francisco Chronicle reporter Randy Shilts later wrote, Milk was both a coalition-builder and “The Mayor of Castro Street.” He was elected on November 8, 1977.

Milk became nationally famous for his “coming out” speeches. “Gay people, we will not win our rights by staying quietly in our closets,” Milk said during one rally against the anti-gay Briggs Initiative. After receiving daily death threats, Milk said in his audiotaped will: “If a bullet should enter my brain, let that bullet destroy every closet door.”

On November 27, 1978, Milk and Moscone were assassinated by disgruntled former Supervisor Dan White, prompting many to come out, including Milk’s teenage nephew Stuart Milk, who now runs the Milk Foundation. On August 12, 2009, Stuart Milk accepted the Medal of Freedom, the nation’s highest civilian honor, posthumously awarded by President Barack Obama to Harvey Milk for his “visionary courage and conviction” in fighting discrimination. 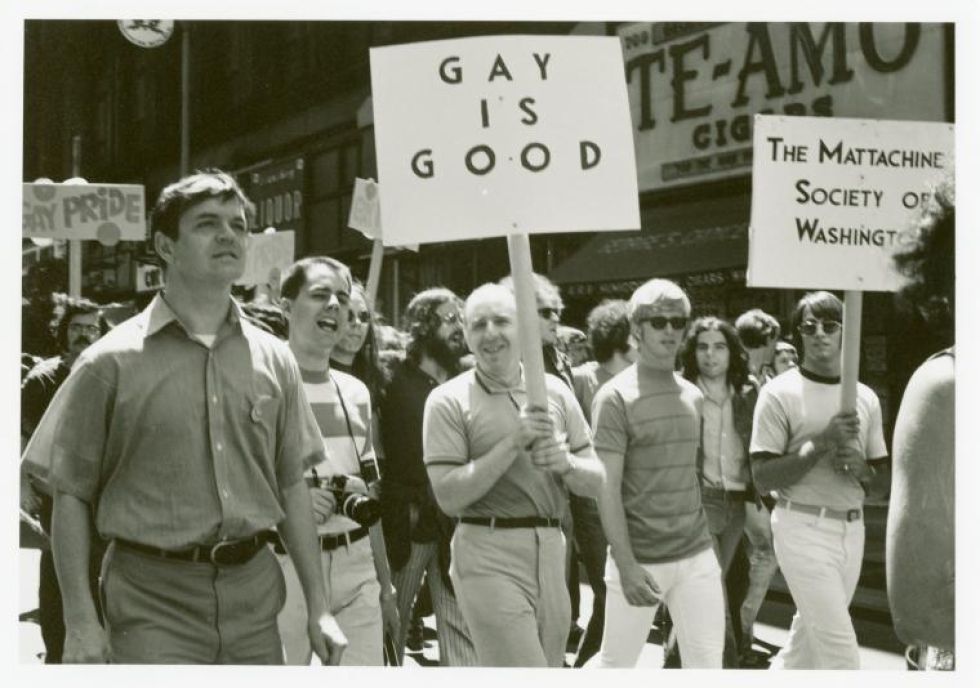 Frank Kameny was the first person ever known to use pro-gay arguments in a legal proceeding.

Frank Kameny, an Army veteran with a doctorate in astronomy, was fired by the United States Army Map Service after the agency discovered he had once been arrested after being groped by a male stranger. In 1958, he was banned from any further federal employment, which he unsuccessfully appealed up to the U.S. Supreme Court.

The injustice radicalized Kameny, and in 1961, he and Jack Nichols co-founded the Washington, D.C., branch of the Mattachine Society. Their pickets outside the White House and other institutions with slogans such as “Gay Is Good” publicized the need for gay and lesbian rights. In 1971, Kameny ran as the nation’s first gay congressional candidate—seeking to be a non-voting delegate for the District of Columbia.  Although he lost the race, he subsequently made history as the first openly LGBTQ person appointed to D.C.’s Human Rights Commission.

On March 26, 1977, Kameny was among a dozen LGBTQ leaders invited to the first-ever policy meeting at the White House organized by closeted Midge Costanza, senior advisor to President Jimmy Carter. In 2006, the Library of Congress acquired his papers, and in 2007, the Smithsonian Institution’s National Museum secured his White House picket signs for an exhibit, “Treasures of American History.” Kameny proved that “suits” could also be “grassroots.”