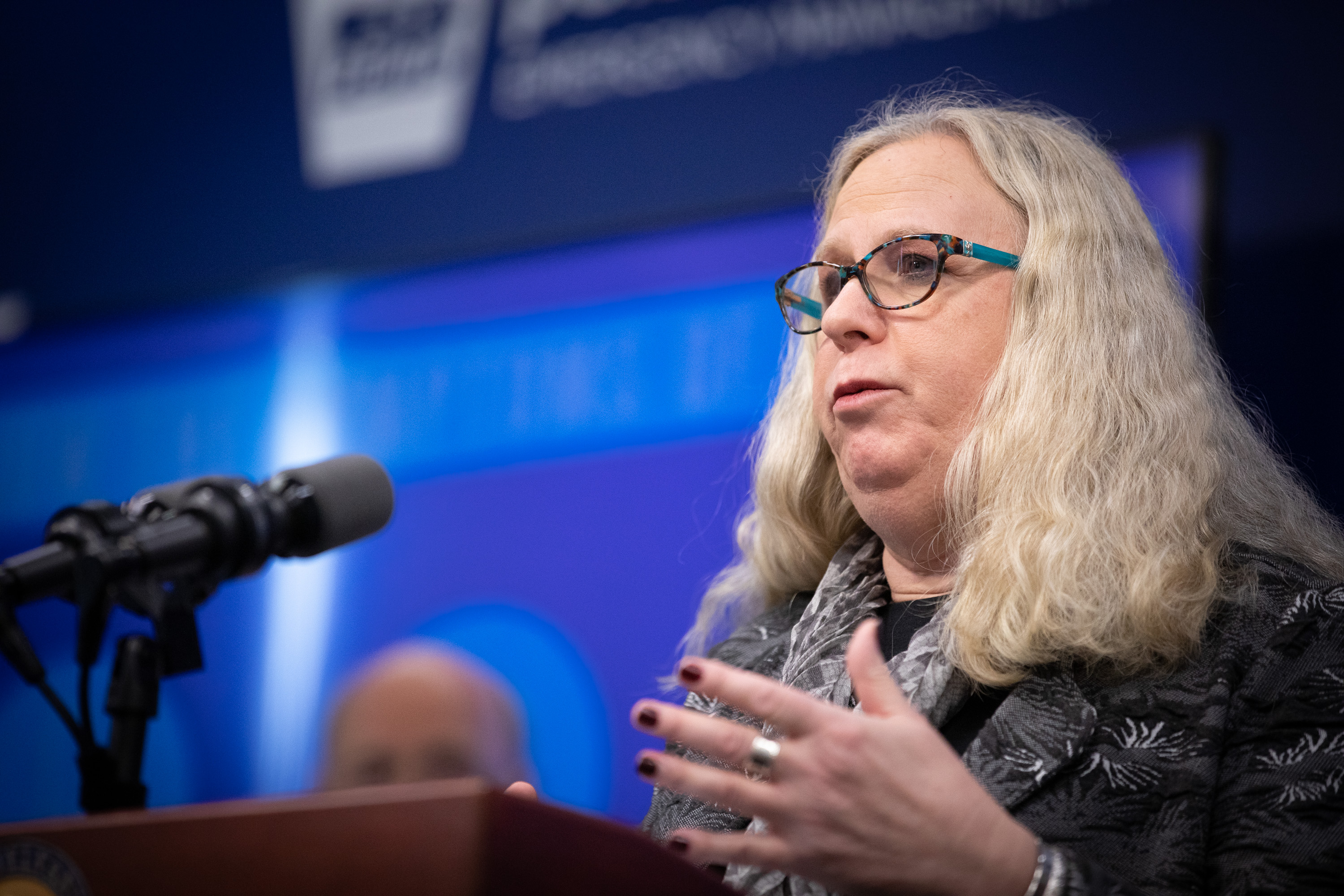 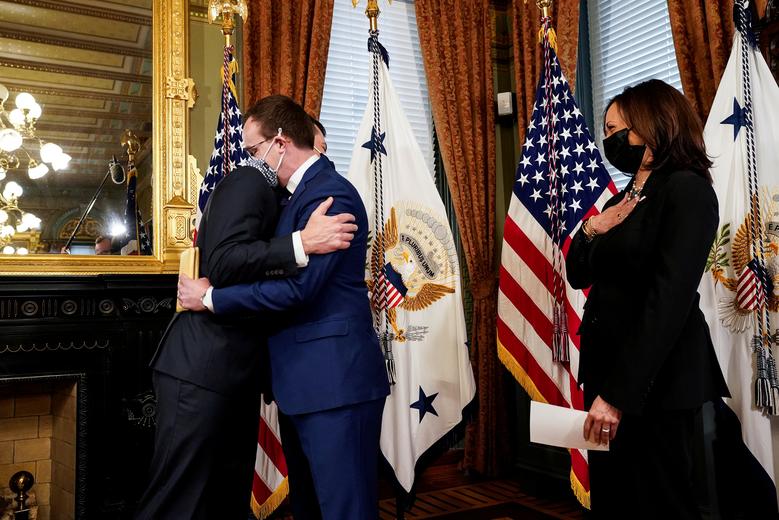 Early in 2020 Pete Buttigieg was making history as the first viable out LGBTQ presidential candidate in U.S. history and by the end of 2020 he was making history on an entirely new front. On December 16, 2020, President-elect Joe Biden nominated Buttigieg to be his Secretary of Transportation – an agency with more than 55,000 employees. Never before had a U.S. president appointed an out LGBTQ person for their Cabinet.

President Biden introduced Buttigieg as his nominee, which was followed by a speech from Buttigieg, where he spoke about the controversy of out gay ambassadorial nominee James Hormel in 1998:

“I can remember watching the news -- 17-years-old in Indiana, seeing a story about an appointee of President Clinton named to be an ambassador attacked and denied a vote in the Senate because he was gay -- ultimately able to serve only by a recess appointment. And I learned something about some of the limits that exist in this country when it comes to who is allowed to belong. But just as important, I saw how those limits could be challenged.

Two decades later, I can't help but think of a 17-year-old somewhere who might be watching us right now, somebody who wonders whether and where they belong in the world, or even in their own family. And I'm thinking about the message that today's announcement is sending to them.”

The entire speech is available to watch:

Beyond its historic nature, the role was an important one for the new administration, with much of President Biden’s agenda focused on green initiatives where transportation was central. Despite tough questions related to transportation during a committee hearing on his nomination, his sexual orientation was a non-issue, and the committee moved his nomination forward to the full Senate on January 27, 2021 by a vote of 21 to three.

“Pete testifying at his confirmation hearing, with his husband looking on, will be among the powerful images that define this unprecedented transition and will be remembered as a milestone moment in our nation’s move toward social justice. Pete is shattering a centuries-old political barrier that will pave the way for more LGBTQ Americans to pursue and serve in high-level appointed positions – and that is transformative.”

Just one week later on February 2, 2021, Buttigieg was confirmed by the U.S. Senate by a vote of 86 to 13, making him the first out LGBTQ Senate-confirmed Cabinet member in U.S. history.

Dr. Rachel Levine speaks during a press conference on COVID-19 while Pennsylvania Secretary of Health

As the pandemic struck the United States and the rest of the world, Pennsylvania Secretary of Health Dr. Rachel Levine gained national notoriety for her thoughtful yet forceful response, including regularly televised press conferences where science reigned supreme. Her competency – along with much prodding by LGBTQ Victory Institute’s Presidential Appointments Initiative – convinced President Biden to nominate Dr. Levine to be his Assistant Secretary for Health on January 19, 2021.

The nomination was historic: the first time an out trans person had ever been appointed to a Senate-confirmed position. And while a euphoric response came from the LGBTQ community and many others, Dr. Levine became a target of anti-trans activists and online hate groups that targeted her gender identity. In response, more than 350 LGBTQ and allied organizations, including many health-related organizations, wrote a letter urging the Senate to confirm her nomination because of her unquestionable qualifications.

During her confirmation hearing before the U.S. Senate Committee on Health, most U.S. senators praised Dr. Levine for her qualifications and experience, including her handling of the pandemic in Pennsylvania. Yet Senator Rand Paul chose vile over substance, attacking Dr. Levine for her gender identity, denigrating trans youth and repeatedly claiming Dr. Levine was in favor of “genital mutilation.” Dr. Levine remained poised throughout the exchange, simply saying she would be happy to discuss these complex issues with him personally.

Days later, the committee approved her nomination and sent it to the U.S. Senate, where she was confirmed by a vote of 52 to 48 on March 24. Dr. Levine became the first out trans Senate-confirmed appointee and the highest-ranking out trans official in U.S. history. Victory Institute President & CEO Annise Parker said the following after the confirmation:

“President Biden committed to appointing our nation’s most qualified leaders to tackle the pandemic and he delivered in choosing Dr. Levine. Yet the importance of this moment extends well-beyond the health of our nation alone. At a time when hateful politicians are weaponizing trans lives for their own perceived political gain, Dr. Levine’s confirmation lends focus to the contributions trans people make to our nation and deflates absurd arguments calling for their exclusion. Her experience leading the health department in Pennsylvania will serve our country well and her unique perspective regarding healthcare for trans people will be invaluable.”