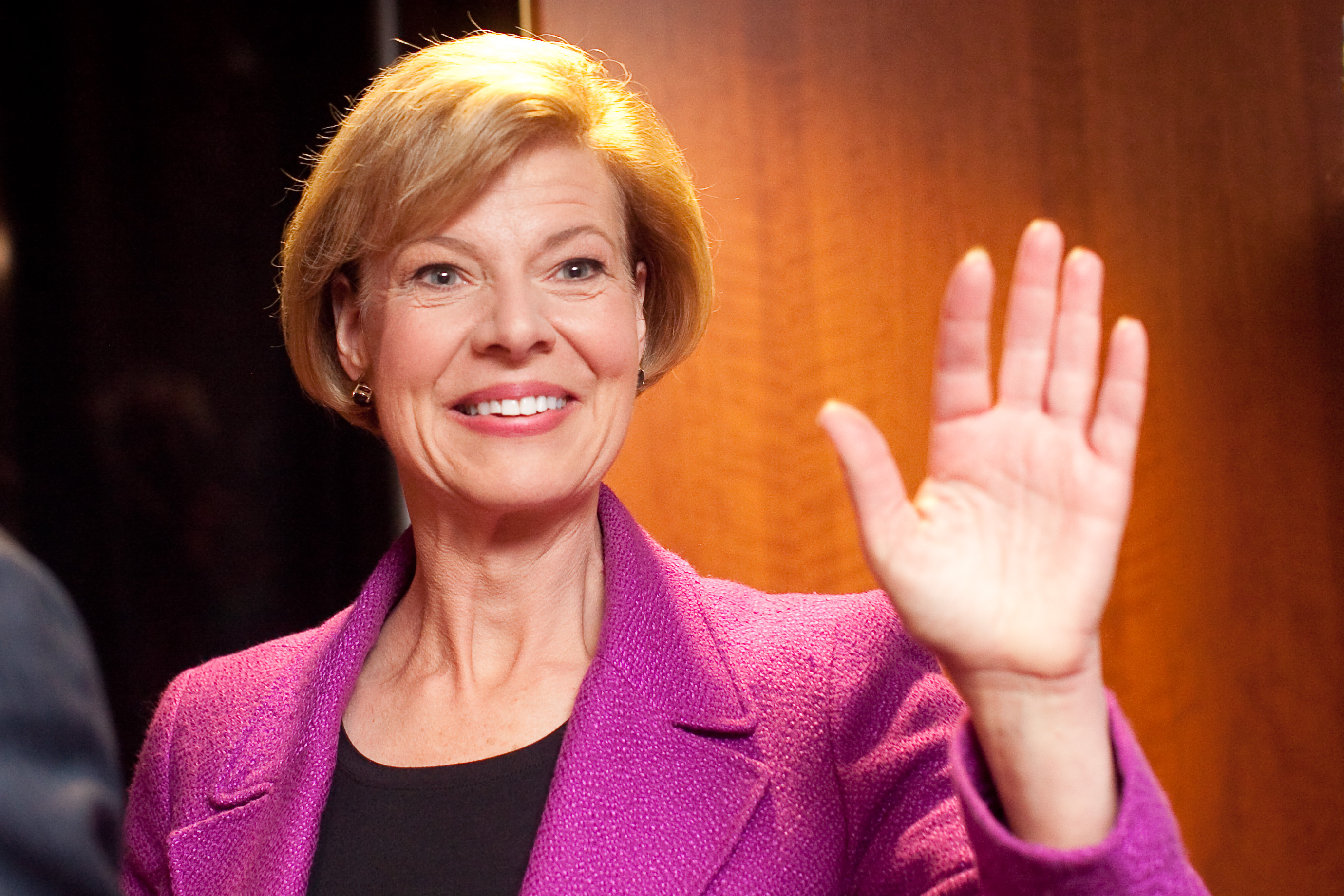 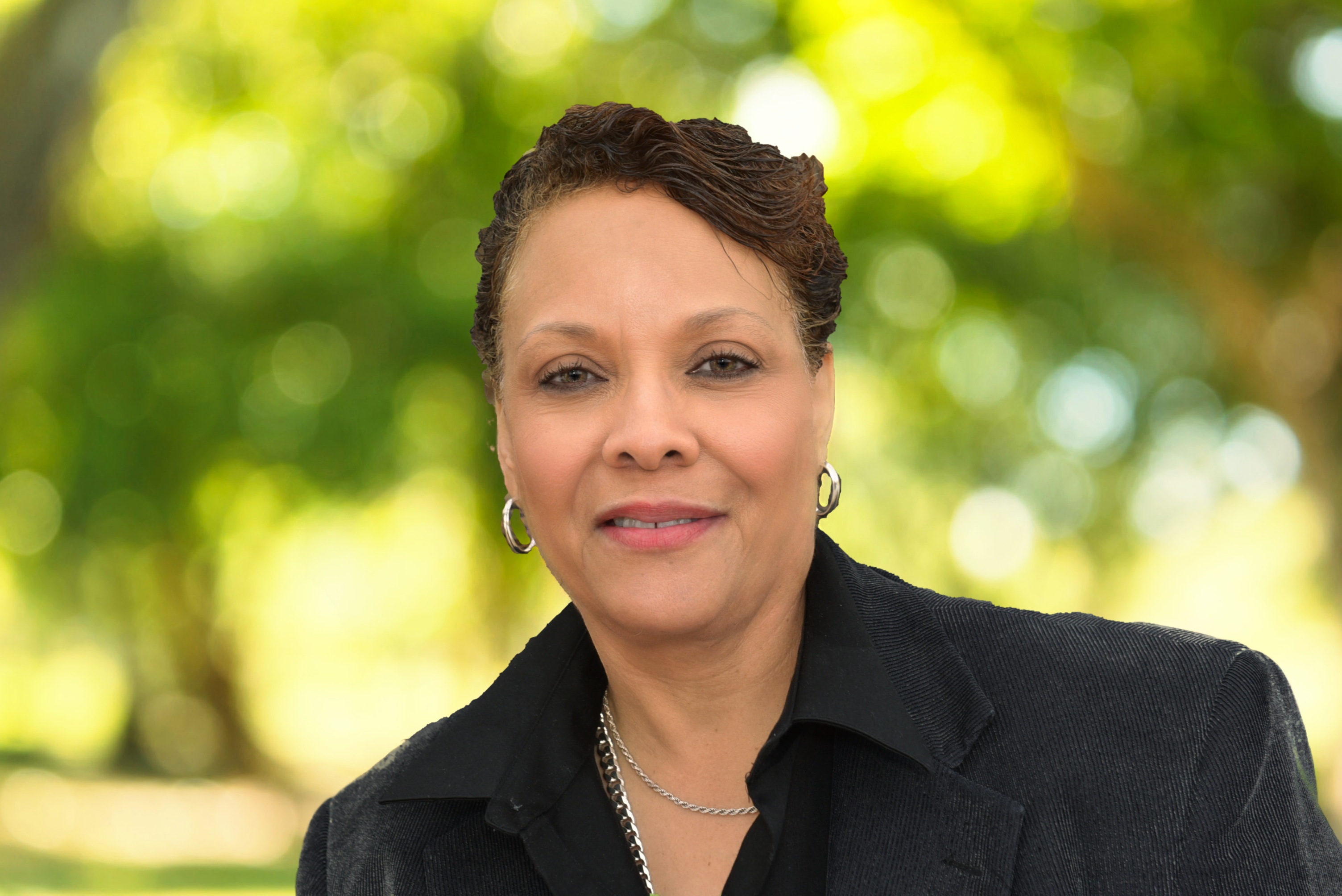 Pat Spearman was first elected to the Nevada Senate in 2012, becoming the first our lesbian member of the Nevada legislature, where she currently serves as co-majority whip.

Pat attended high school in Alabama as one of the first black students to integrate her school. She went on to be one of the first women to receive a “Regular Army” placement into the military Police Corps where she quickly rose to the rank of Lieutenant Colonel. She is an ordained minister and received a Doctor of Business Administration at Walden University where her research focused on Global Energy Policies.

In addition to her impressive resume, she introduced and passed a bill in 2017 that saw Nevada ratify the Equal Rights Amendment.

First Out Bisexual Elected To Congress 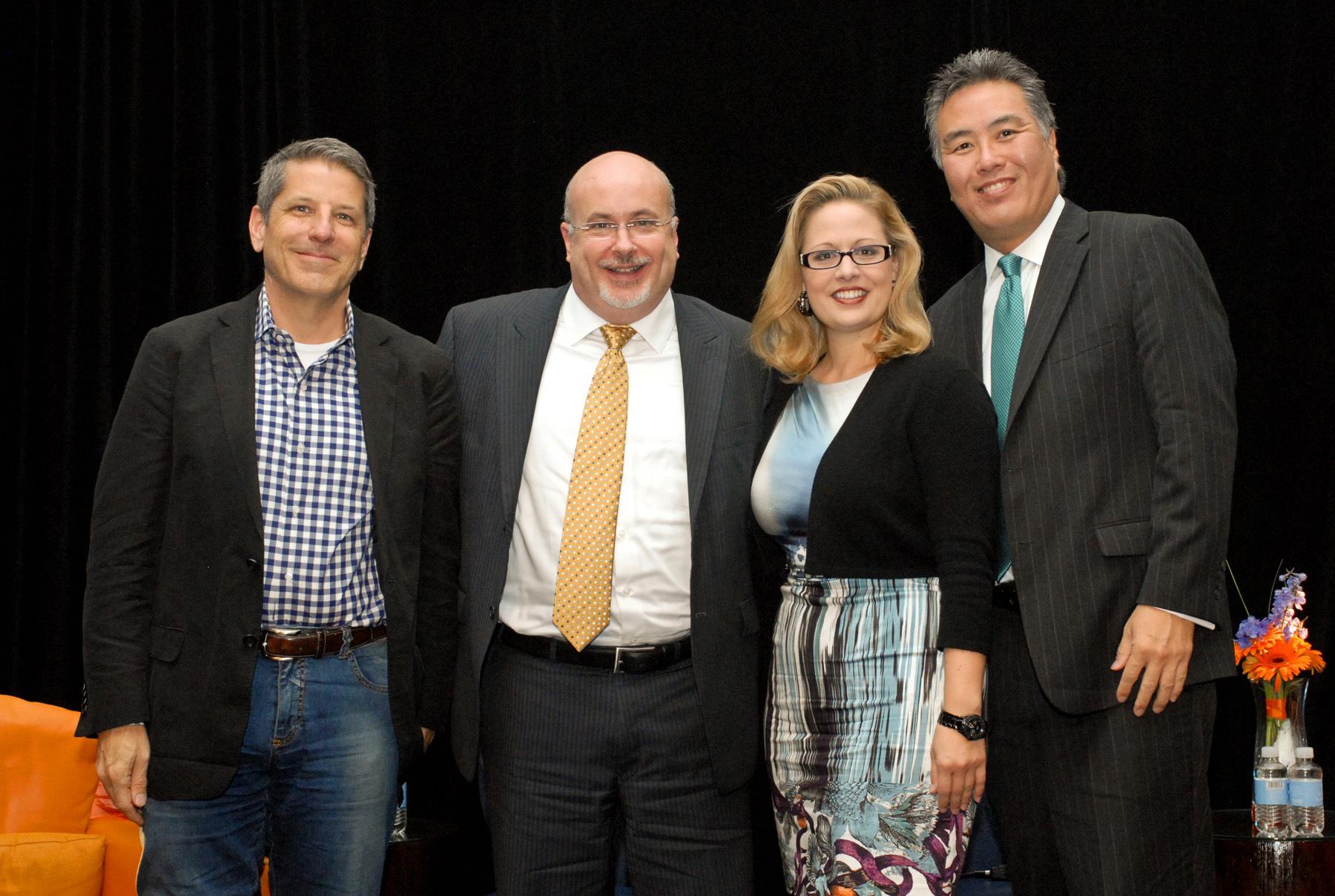 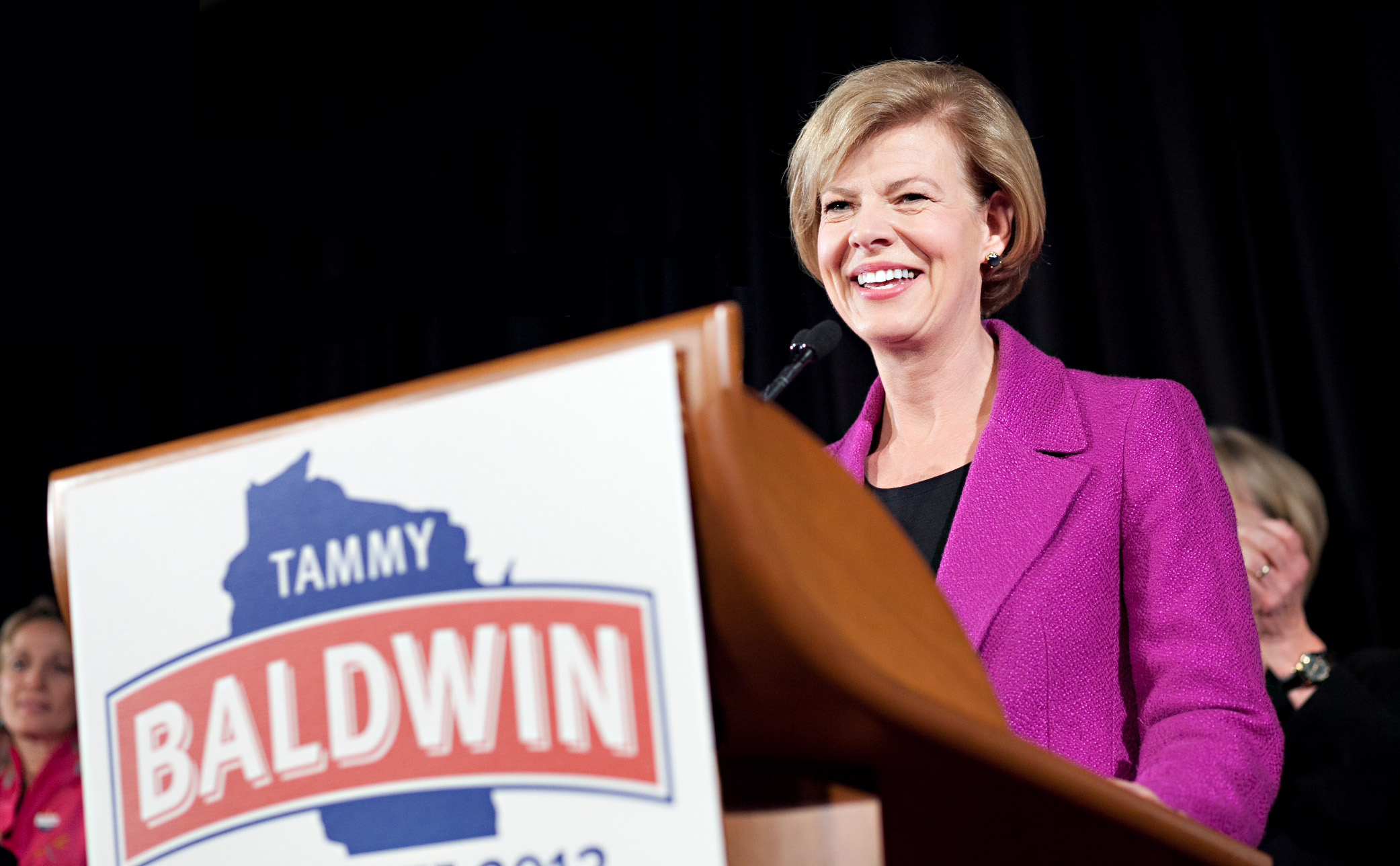 Baldwin on election night in 2012.

Having spent 14 years in the U.S. House and having been a candidate in multiple Wisconsin elections spanning a political career that dated to the early 1980s, Tammy Baldwin was sure to perform well in the primary election.  But it would take intense preparation, hard work, guts and a lot of faith on the part of Baldwin’s supporters to send her to Washington as the first out LGBTQ senator.

Indeed, campaigns and outside groups seeking to fill the U.S. Senate seat vacated by Herb Kohl of Wisconsin spent more than $71,000,000 during the 2012 election cycle. Beyond the Senate race, Wisconsin was a battleground for national politics in 2012, with President Barack Obama seeking his second term.

Baldwin tapped into her existing donor networks and relied on boosters like EMILY’s List, Planned Parenthood and LGBTQ Victory Fund to “out-raise” Republican Tommy Thompson by 150 percent. For his part, Thompson was forced to spend more money earlier in the year because of a competitive GOP primary, while Baldwin was able to effectively clear the field with significant early fundraising. On November 7, Baldwin and Obama both won in Wisconsin.

At her victory party – after acknowledging the barriers she’d broken as the first LGBTQ candidate elected to the Senate and the first woman to represent Wisconsin in the upper chamber – Baldwin pivoted back to her true motivation for pursuing public service: “I didn’t run to make history. I ran to make a difference.”

Arizona trailblazer Kyrsten Sinema was victorious in her bid to represent Arizona’s newly created 9th District in Congress, which was considered a “toss-up” district at the time, favoring neither party. Sinema had previously represented the Phoenix area in both the Arizona state House and state Senate.

Mark Takano—a longtime English teacher who had once served on the Riverside Community College Board–set his sights on the recently redrawn 41st District in California, which conducts multi-party “jungle” primaries where the top-two candidates advance to the November election. Takano placed second in the June primary and won the general election with 58 percent of the vote. Takano, whose grandparents immigrated to the U.S. from Japan, made history as the first LGBTQ member of Congress who was a person of color.

Mark Pocan not only succeeded Tammy Baldwin in representing Wisconsin’s 78th District in the state assembly, he then succeeded her in Congress in 2012. Meanwhile in New York, longtime politico Sean Patrick Maloney was elected to represent the Hudson Valley in Congress, becoming his state’s first out gay representative in Washington. Pocan and Maloney became two of the first married gay men in Congress. 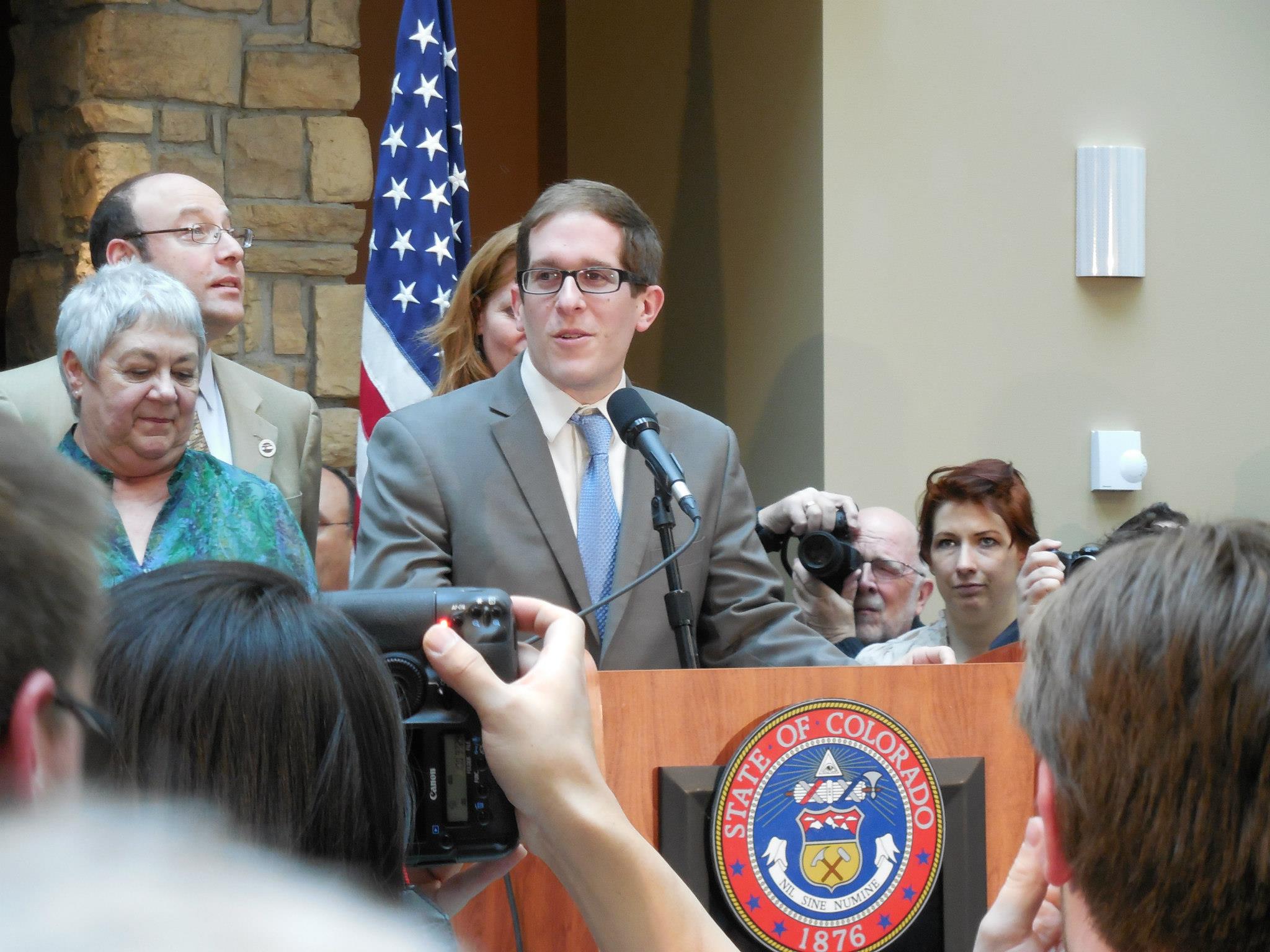 Despite the federal government’s overwhelming reach, state legislatures and officials often have more influence on the daily lives of LGBTQ Americans—for better or worse. Thankfully, LGBTQ elected officials can transform state policy on LGBTQ equality, as demonstrated by Tina Kotek and Mark Ferrandino, who were the first two LGBTQ leaders elected as state house speakers.

Tina Kotek made history in 2012 when colleagues elected her speaker of the Oregon House of Representatives, the first out lesbian in the nation to lead a state legislative body.

“We all look for people out there who look like us,” Kotek told the Associated Press November 15, 2012. “I have had emails and text messages from people who are very excited,” she added. “I think any time you have a ‘first,’ it’s an important thing for the community.”

Kotek was first elected to represent her largely liberal district in 2006, winning re-election by increasingly higher margins. In 2010, she won with almost 81 percent of the vote, prompting the House Democratic Caucus to elect her as Democratic whip.

Mark Ferrandino became the first openly gay man to serve in the Colorado House of Representatives in 2007. He was elected Speaker in 2012. For three years Ferrandino and openly gay state senator Pat Steadman co-sponsored and pushed colleagues to support a civil unions bill, which finally passed in 2013. Governor John Hickenlooper signed the bill in March 2013 to cheers and jubilation.

“This legislation won’t change my relationship with Greg [Wertsch], but it will provide the needed protections for our precious [fourteen-month-old foster] daughter, Lila,” said Farrandino, the Huffington Post reported January 3, 2013. “We’re not asking for tolerance. You can have your beliefs. We’re asking to be treated as equal under the law.” 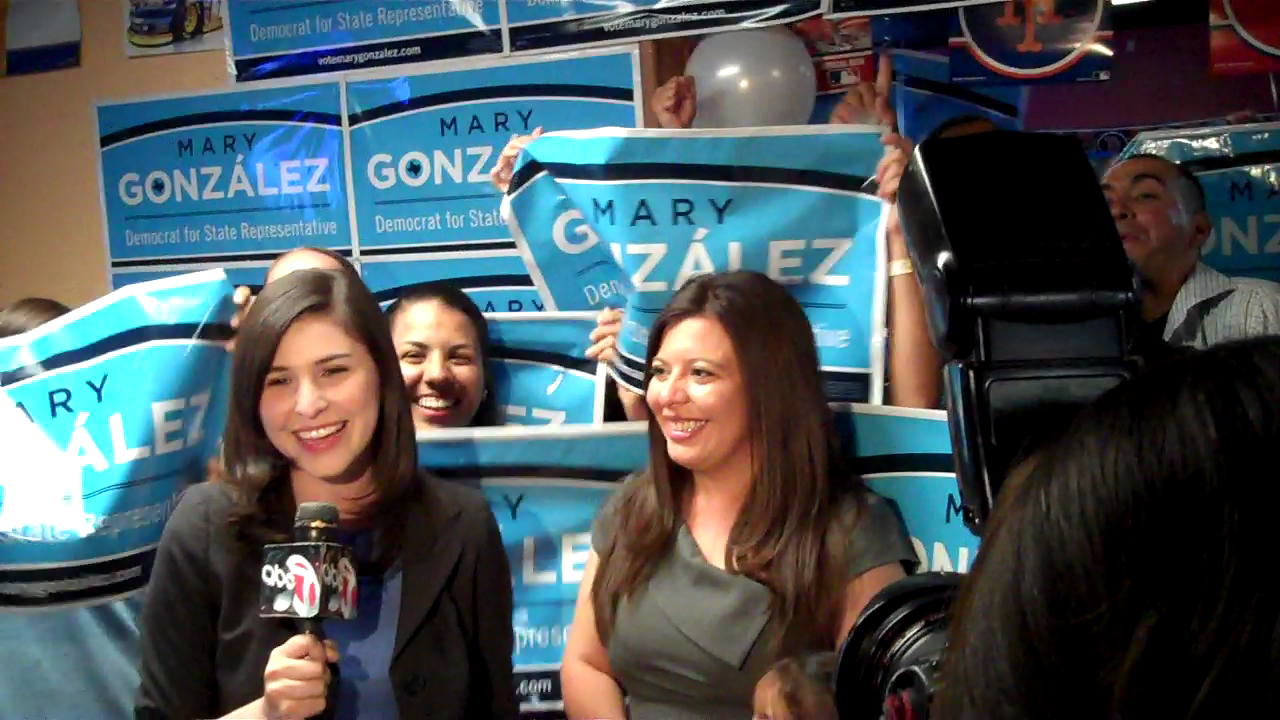 The 2012 elections saw a swell in the number of out LGBTQ state lawmakers, with seven states gaining their first or only such lawmaker that year. Florida, New Mexico, North Dakota, Pennsylvania, South Dakota, Texas and West Virginia all elected LGBTQ legislators in 2012, while other states such as Colorado, California and New York grew their LGBTQ membership. In total, Victory Fund supported 104 state legislative candidates in 2012.

In Pennsylvania, gay civil rights lawyer Brian Sims made headlines as the first out LGBTQ person elected to the General Assembly defeating a 28-year incumbent to represent the 182nd State House District. He won by 233 votes.

In the Dakotas, Joshua Boschee became the first out LGBTQ candidate elected to the North Dakota House, while Angie Buhl became South Dakota’s first out lawmaker after she came out as bisexual.

Mary Gonzalez made history as the first out pansexual elected official in the U.S. when she won her seat representing El Paso in the Texas House and restored LGBTQ representation there for the first time in a decade.

Elsewhere in the country, Stephen Skinner, Jacob Candelaria and David Richardson made history as the first out lawmakers in West Virginia, New Mexico and Florida, respectively. 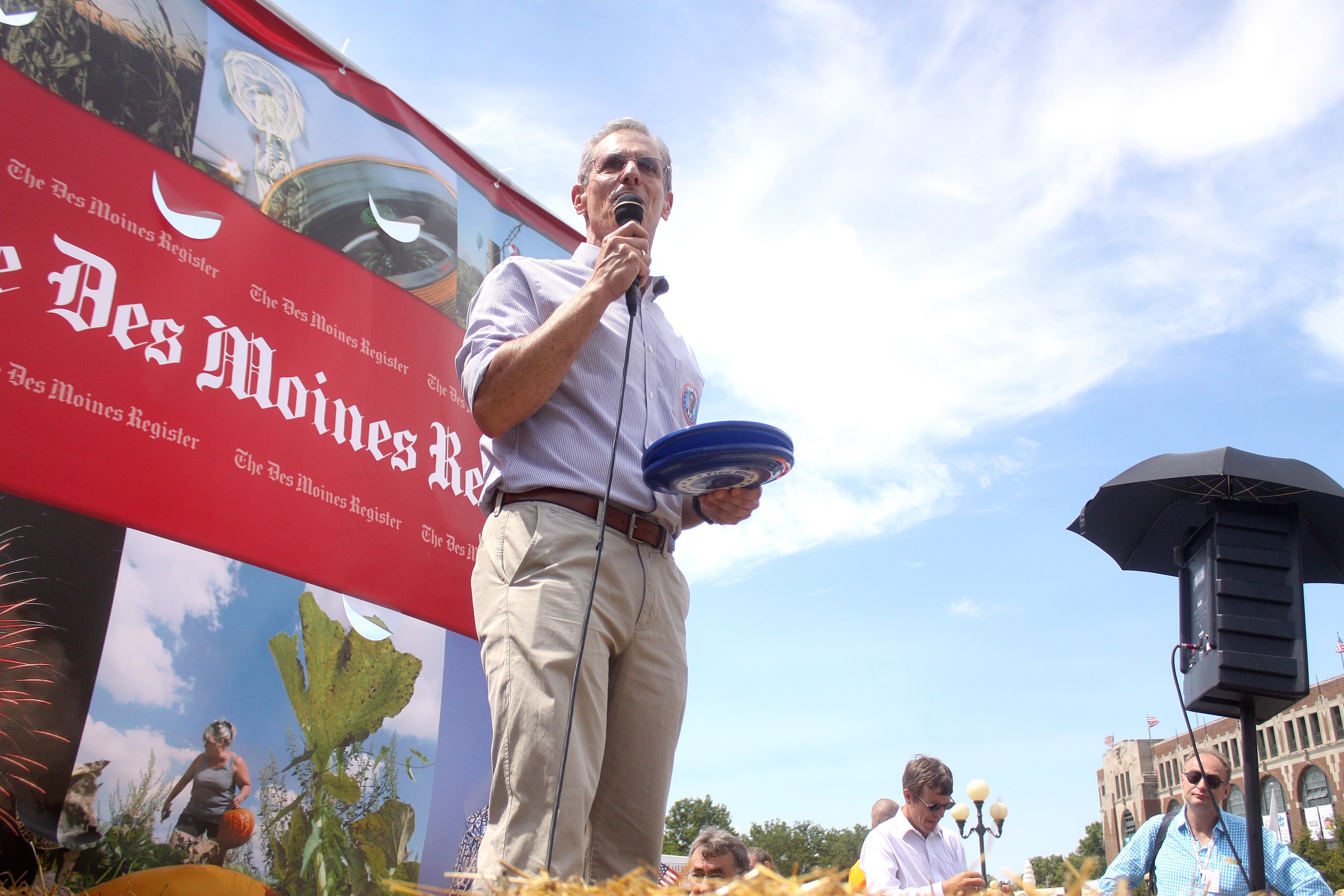 Karger at a rally in Iowa in 2011. Gage Skidmore/Wikimedia Commons

Officially announcing his candidacy on March 23, 2011, gay Republican activist Fred Karger brought LGBTQ issues to the national stage inside an increasingly hostile party. Karger’s long-shot bid outperformed the expectations of some, pushing the frequent question “Fred who?” as a means of spreading the word about his presence in the race. While Karger never made it onto a televised debate stage, his name appeared on the ballot in seven states and territories.